What is Anthropology? - Advance Your Career Skip to content 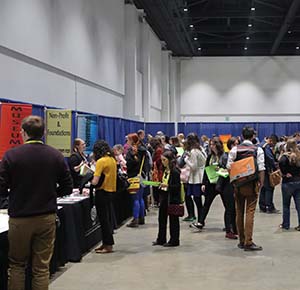 Anthropology is the study of what makes us human. Anthropologists take a broad approach to understanding the many different aspects of the human experience, which we call holism. They consider the past, through archaeology, to see how human groups lived hundreds or thousands of years ago and what was important to them. They consider what makes up our biological bodies and genetics, as well as our bones, diet, and health. Anthropologists also compare humans with other animals (most often, other primates like monkeys and chimpanzees) to see what we have in common with them and what makes us unique. Even though nearly all humans need the same things to survive, like food, water, and companionship, the ways people meet these needs can be very different. For example, everyone needs to eat, but people eat different foods and get food in different ways. So anthropologists look at how different groups of people get food, prepare it, and share it. World hunger is not a problem of production but social barriers to distribution, and that Amartya Sen won a Nobel Prize for showing this was the case for all of the 20th century’s famines. Anthropologists also try to understand how people interact in social relationships (for example with families and friends). They look at the different ways people dress and communicate in different societies. Anthropologists sometimes use these comparisons to understand their own society. Many anthropologists work in their own societies looking at economics, health, education, law, and policy (to name just a few topics). When trying to understand these complex issues, they keep in mind what they know about biology, culture, types of communication, and how humans lived in the past.

American anthropology is generally divided into four subfields. Each of the subfields teaches distinctive skills. However, the subfields also have a number of similarities. For example, each subfield applies theories, employs systematic research methodologies, formulates and tests hypotheses, and develops extensive sets of data.

Archaeologists study human culture by analyzing the objects people have made. They carefully remove from the ground such things as pottery and tools, and they map the locations of houses, trash pits, and burials in order to learn about the daily lives of a people. They also analyze human bones and teeth to gain information on a people’s diet and the diseases they suffered. Archaeologists collect the remains of plants, animals, and soils from the places where people have lived in order to understand how people used and changed their natural environments. The time range for archaeological research begins with the earliest human ancestors millions of years ago and extends all the way up to the present day. Like other areas of anthropology, archaeologists are concerned with explaining differences and similarities in human societies across space and time.

Biological anthropologists seek to understand how humans adapt to different environments, what causes disease and early death, and how humans evolved from other animals. To do this, they study humans (living and dead), other primates such as monkeys and apes, and human ancestors (fossils). They are also interested in how biology and culture work together to shape our lives. They are interested in explaining the similarities and differences that are found among humans across the world. Through this work, biological anthropologists have shown that, while humans do vary in their biology and behavior, they are more similar to one another than different.

Sociocultural anthropologists explore how people in different places live and understand the world around them. They want to know what people think is important and the rules they make about how they should interact with one another. Even within one country or society, people may disagree about how they should speak, dress, eat, or treat others. Anthropologists want to listen to all voices and viewpoints in order to understand how societies vary and what they have in common. Sociocultural anthropologists often find that the best way to learn about diverse peoples and cultures is to spend time living among them. They try to understand the perspectives, practices, and social organization of other groups whose values and lifeways may be very different from their own. The knowledge they gain can enrich human understanding on a broader level.

Linguistic anthropologists study the many ways people communicate across the globe. They are interested in how language is linked to how we see the world and how we relate to each other. This can mean looking at how language works in all its different forms, and how it changes over time. It also means looking at what we believe about language and communication, and how we use language in our lives. This includes the ways we use language to build and share meaning, to form or change identities, and to make or change relations of power. For linguistic anthropologists, language and communication are keys to how we make society and culture.

Applied or practicing anthropologists are an important part of anthropology. Each of the four subfields of anthropology can be applied. Applied anthropologists work to solve real world problems by using anthropological methods and ideas. For example, they may work in local communities helping to solve problems related to health, education or the environment. They might also work for museums or national or state parks helping to interpret history. They might work for local, state or federal governments or for non-profit organizations. Others may work for businesses, like retail stores or software and technology companies, to learn more about how people use products or technology in their daily lives. Some work in the USA while others work internationally. Jobs for applied anthropologists have shown strong growth in the recent past with more and more opportunities becoming available as demand grows for their valuable skill sets. Visit the Careers page to learn more.

Anthropology Around the World

While anthropologists devote much of their attention to what human groups share across time and space, they also study how these groups are different. Just as there is diversity in the ways people physically adapt to their environment, build and organize societies, and communicate, there are also many ways to do anthropology. Unique approaches to anthropology developed in many countries around the world. For example, in some countries the four-field approach is not as strong as it is in others. Anthropologists from across the globe work together through international organizations to try and understand more about our lives as humans.

Anthropologists are employed in a number of different sectors, from colleges and universities to government agencies, NGOs, businesses, and health and human services. Within the university, they teach undergraduate and graduate anthropology, and many offer anthropology courses in other departments and professional schools such as business, education, design, and public health. Anthropologists contribute significantly to interdisciplinary fields such as international studies and ethnic and gender studies, and some work in academic research centers. Outside the university, anthropologists work in government agencies, private businesses, community organizations, museums, independent research institutes, service organizations, the media; and others work as independent consultants and research staff for agencies such as the Centers for Disease Control, UNESCO, the World Health Organization, and the World Bank. More than half of all anthropologists now work in organizations outside the university. Their work may involve building research partnerships, assessing economic needs, evaluating policies, developing new educational programs, recording little-known community histories, providing health services, and other socially relevant activities. You will find anthropologists addressing social and cultural consequences of natural disasters, equitable access to limited resources, and human rights at the global level.

As you can see from the extensive list of sections within the American Anthropological Association, anthropologists have research interests that cut across academic and applied domains of scholarship. These domains reflect the many significant issues and questions that anthropologists engage today, their areas of employment, the locations around the world where they do research, and their commitment to using research results to improve lives. We invite you to explore the diversity of topics and approaches in this exciting field.

This is Anthropology Subject Profiles