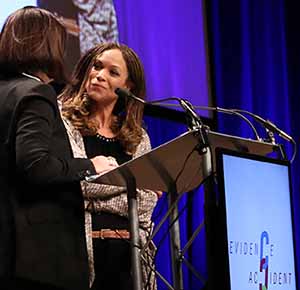 Holy Waters: An Interdisciplinary Examination of Religion and Alcohol

Historian Marni Davis has suggested that “a people’s relation to alcohol... represents something deep about their relation to other people, and to the culture in which they live” (Davis 2012: 3). Like eating, drinking is a learned, constructed, cultivated and embodied cultural practice,
and like food operates as a “highly condensed social fact” within a complex web of social relations (Dietler 2006: 396). It is no surprise that the production and use of alcohol have played an integral role in both formal and informal institutions throughout history. The household was once the major producer of alcohol (Unger 2004), political bodies and governments have long been involved in the production and regulation of alcohol, and alcohol has featured prominently in many aspects of “religious” culture—often in ways that connect religious institutions to the broader social, economic, and political economies.

While there has been an increasing number of historical, sociological and anthropological studies of the production and use of alcohol, there have been relatively few contributions from the field of religious studies or that engage with religion in a critical manner. The state of the scholarly literature on “religion and alcohol” reflects this, as alcohol is often descriptively narrated as connected to “religion” or “ritual” in a manner that essentializes the “religious” effects of alcohol, obscuring the many other social, economic, and political contexts and uses of alcohol and intoxication (to say nothing of the theoretical issues involved in demarcating between “religious” and “nonreligious” activity).

With an increase in academic programs related to viniculture and brewing science, the time is ripe for contributions from the humanities and social sciences. We believe the theories and methods of religious studies have important contributions to offer studies of alcohol. Thus, we seek to bring together scholars from across disciplines to examine the historical, social, ritual, economic, political and cultural relationship between religion and alcohol across time periods and around the world. The goal of the workshop is to create an edited volume with broad appeal that will advance research on religion and alcohol.

We hope to cast a broad net to assure a critical representation of fields and researchers. Some exemplary topics and approaches might include the following: Religious studies theories and methods for the study of alcohol (e.g., applications of "the corporate form", critical approaches to intoxication and/as religious experience); applications of theories about identity construction/identification; visual/material cultural analysis of the use of religious imagery and iconography by alcohol brands, the repurposing of religious architecture like churches into brewing and drinking establishments; religion, alcohol, and the environment; the political economy of alcohol (e.g., gifts or offerings of alcohol in Temple Buddhism); religious communities and the production of alcohol including commitment to sustainable (environmental, economic, etc.) practices.

Participants will be selected from submissions. Care will be given to ensure broad interdisciplinary representation as well as a balance of junior and senior scholars and we will seek to assure representation of underrepresented groups. The workshop will be held on March 4-6, 2022 at Western Michigan University. Funding will be available to help offset travel costs.

Manuscript drafts will be pre-circulated to all participants. Each presenter will be allowed 10 minutes to introduce their work (with the expectation that all participants will have pre-read the full paper). This will be followed by a 10-minute response from the respondent. Following the response, the floor will be opened for 30 minutes of discussion. Participants will be asked to revise their manuscripts based on workshop feedback and to submit a revised manuscript to the editors by July 1, 2022 with the goal of submitting the book manuscript to the publisher by spring 2023.

Submissions: To submit a proposal for consideration, please email an abstract of approximately 250 words and a brief C.V. (2 pages) to ryan.r.lemasters@wmich.edu. The title of your abstract should be your last name and be sent as a PDF. The subject line of the email should appear as follows “Holy Waters.” The deadline to submit is October 1, 2021. Those selected for inclusion will be notified by the organizing committee by October 11, 2021.