In This Section
Home | Connect with AAA
Ivelisse Rivera-Bonilla 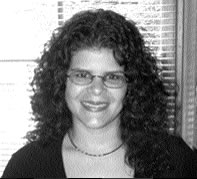 Ivelisse Rivera-Bonilla was the recipient of the 2001-2002 AAA Minority Dissertation Fellowship. Rivera-Bonilla, U of California-Santa Cruz, is a native of Puerto Rico, she received her BA in Latin American Studies from the U of Puerto Rico in 1992. She was part of a student exchange program at SUNY-Buffalo.

Rivera-Bonilla’s dissertation, titled “Gated Communities: Residential Segregation and Fear of Crime in Puerto Rico During the 1990s,” explores the spatialization of inequality in San Juan, Puerto Rico. She analyzes how sealing off residential areas—by building up walls and gates—not only affects the ways in which people move around the city, but also recreates spatial markers of class and racial differentiation. The study is based on fieldwork she conducted in San Juan from 1988-2000 and her own experience as a long-time resident. Her research specifically focuses on middle-class communities that once were open to through-traffic, now retrofitted with gates. Rivera-Bonilla states, “By studying issues of housing segregation, I am invested in critiquing public policy that does not fully contemplate its social implications. I am also committed to do ethnographic research that is critical of social policy that perpetuates inequality.” She notes that legislation in support of the gating of middle-class neighborhoods was passed at the same time the government conducted quasi-military occupations in public housing projects. Some of these housing projects subsequently were gated and thus subject to new forms of state-sponsored control and surveillance. Interestingly, neither the legislation that allowed for such differential roles in the war against crime nor the long-term repercussions of both types of gating in the geography of the city are topics that have been researched on the island to date. She notes that besides the contribution to Puerto Rican politics and scholarship, the interconnections of space/place, segregation and race and class differences explored in the study also speak to the interests of many US minority communities who predominantly constitute the urban poor, and as such experience particular forms of surveillance and segregation.