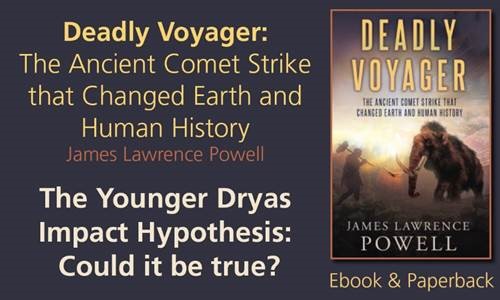 In This Section
Home | Connect with AAA

Selection: The President is elected by the membership at large

Qualifications: Same as Executive Board member.

Selection: The President-Elect/Vice President is elected by the membership at large.

Requirements: Same as Executive Board member.

Qualifications: Same as Executive Board member.

Selection: The Secretary is elected by the membership at large.

Requirements: Same as Executive Board member.

Qualifications: Same as Executive Board member

Overall Responsibility: A member of the AAA Executive Board (EB) helps to set the vision and strategic direction of the association, safeguard the organization’s assets, and ensure the fiscal, legal and ethical integrity of the association. EB members also translate the shared values and interests of the members into organizational plans and programs, determine desired organizational outcomes, and assess progress in achieving those outcomes. (All authority contained in this job description should be understood to be those as part of the Executive Board as a unit and no individual authority is inferred.)

Selection: Executive Board members are elected by the membership at large.

Requirements: Executive Board members will abide by the association's Conflict of Interest Policies and will annually sign the conflict of interest statement.

Objectives: To organize materials and recommend candidates for all open, elected AAA positions.

Committee Reports to: The Executive Board

Product: Recommendations and written reports as appropriate to the Executive Board

Meetings and Schedule: The committee meets once a year in the fall; prior to the EB meeting at the Annual Meeting

The Members’ Programmatic, Advisory and Advocacy Committee (MPAAC) is convened by the Executive Board for the purpose of responding to AAA member needs and interests, with a particular focus on the key areas of ethics, human rights, labor and workforce, public policy, racialized minorities, gender equity, the practicing-applied-public sector, and world anthropologies as these areas relate to anthropology, anthropologists and the Association.

In keeping with the values of collaboration, dialogue, diversity, equity, solidarity and transparency, the committee is responsible for the implementation of the Association's education, advocacy and advisory program related to Anthropology and each of the following ongoing issues and engagements:

The AAA Executive Board will review and make recommendations regarding the organization and responsibilities of this committee after 2 years of its initial launch (in November 2019), and make modifications to its structure where necessary.

Committee Reports to:  The Executive Board

The committee consists of 2 subcommittees, one AAA member-focused and the other, public-oriented. The committee is responsible for the design and implementation of the Association's ethics, rights, and status education and advisory, both internally with the membership of the AAA and externally with the people and groups with whom anthropologists work.  AAA Member and Public-Oriented programs and projects are articulated and prioritized through dialogue at the intersection of the two sub-committees.  Task forces and working groups are created as needed to respond to M-PAAC priorities, determined in consultation with the Strategic Implementation Plan (SIP).

23 member committee including the Chairs and EB Liaisons (if appointed)

Ethics Seat: Design and implement the Association's ethics education and advisory program, which includes: providing ongoing education in ethical issues for all AAA members; providing advice to AAA members facing/raising ethical dilemmas; and providing guidance to the Executive Board about AAA codes and guidelines.

Public Policy Seat: Enhance the participation of AAA entities and members, and the visibility of contributions by anthropologists in the area of public policy.

Meetings and Schedule: In person once a year at the Annual Meeting and via conference call as needed.