Case 3: Witness to Murder - Learn and Teach Skip to content 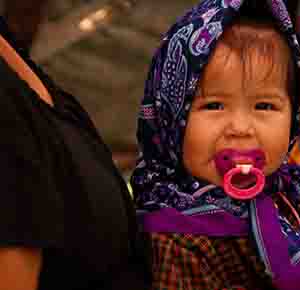 Mary Thompson had been conducting fieldwork in a Southeast Asian community for 18 months. Her house was ideally located on the edge of the village plaza, allowing her to readily observe daily activities that took place in the plaza. In addition to gatherings of women who shared food preparation tasks and talk, and groups of men working individually on carvings, the plaza was regularly a gathering place for men at night.

One night while Thompson was working up some statistical problems in her house, she was distracted by loud, seemingly argumentative discussions in the plaza. When the noise of the argument reached a high pitch, she decided to investigate the situation. Just as she stepped from her doorway, she saw one of the men in the group of five, angrily raise his machete and deliver a deadly blow to another--Tom--in the group. Stunned silence fell over the other three men, as they watched their companion quickly bleed to death before their eyes. Moments later people from the other homes began moving into the plaza in response to the wailing that came from the man who had wielded the machete. Mournful crying and wailing was carried throughout the village. The family members of the dead man carried him to their home and began funeral preparations. The next evening, Tom was buried. The man who had dealt the deadly blow was allowed to participate in the funeral and to make a death payment to the family of the deceased.

Two days after the funeral, three regional policemen came to the village. As part of a new governmental program designed to reduce blood feuds, the regional authorities now regularly sought to arrest and jail people who were involved in killings. They had heard about the recent death.

They began questioning the villagers in an attempt to determine if Tom had been "murdered." Thompson had written a detailed description of the events of the night of Tom's death in her notebook which contained a running record of village activities.

Thompson's Dilemma: (1) Since she knew the police would question her, should she quickly tear out and destroy the pages in her notebook where the events were recorded? (2) When questioned by the police should she, like the other villagers, plead ignorance concerning the killing?

Thompson decided to risk discovery of her field notes and consequently hid the notebook containing the description of the events surrounding Tom's death under coverings on her bed. When police asked her if she knew anything about Tom's death, she denied having any knowledge of the events of that evening. The police accepted her statements and did not search for her field notes.