Alexandra Seeman is a rising senior at the University of Massachusetts, Amherst where she is studying anthropology with a concentration in archaeology. Alexandra interned with the Underwater Archaeology Branch (UAB) of the Naval History and Heritage Command this summer, building on her previous experience in her university's archaeology lab and at the Marine Mammal Commission.

Sylvia Wilson graduated from the University of Texas, Austin in May of 2019 with a dual degree in French and anthropology.

Sylvia completed her internship at the Smithsonian Center for Folklife and Cultural Heritage, where she gained practical experience in the field of heritage studies that she can take with her as she pursues a graduate degree. A trained choral musician, Sylvia found the 2019 Smithsonian Folklife Festival theme, “the social power of music,” especially compelling, as she has personally experienced music as a valuable tool for creating and strengthening social connections.
Learn more about the 2019 AAA interns here.

Evan Olinger was a student in the anthropology program at Ball State University. Evan's summer experience at the Underwater Archaeology Branch of the Naval History and Heritage Command supported his goal of becoming an underwater archaeologist. Specifically, he plans to take the conservation, curation, and research skills that he strengthened over the summer with him as he pursues a graduate degree.

Samuel Ropa is an anthropology major at the University of Wisconsin, Madison. Samuel completed his internship at the Smithsonian Institute Center for Folklife and Cultural Heritage where he was tasked with supporting the Folklife Festival as well as many other exciting programs. Samuel used this internship opportunity to hone his communication skills so that he can go on to share the importance of anthropology with a wide public audience. 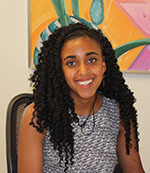 Palmyra Jackson graduated from Seattle University in June of 2017 with a degree in anthropology. Prior to her time as a AAA intern, Palmyra was an intern and researcher with Vanastree working with a women-run seed saving collective in Karnataka, India. Palmyra also interned with Black Dot, a community and resource center for black entrepreneurs. Palmyra completed her AAA internship with the Smithsonian Institution's National Museum of African Art. 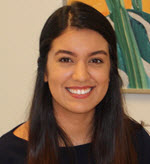 Karina Nogueras is a member of the class of 2018 at the University of Central Florida. Her interests in underwater archaeology and forensic anthropology (and SCUBA certification) made her a natural fit to complete her internship with the Naval History and Heritage Command’s Underwater Archaeology Branch. Prior to serving as an intern with the AAA, Karina was a volunteer with the Florida Public Archaeology Network and treasurer of the UCF chapter of the Lambda Alpha Anthropology Honors Society. 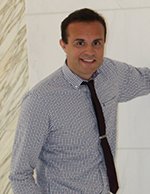 Kory Cooper is currently a senior at Missouri State University, majoring in Anthropology with a minor in Geology. His interests are in archaeology (having attended the Archaeological Field School in Jamaica) and, specifically, underwater archaeology. He has studied the Golden Age of Piracy beginning in the mid-1600's until its decline in the mid-1700's; and the slave trade and diaspora that took place from the mid-1700's and continued well into the late 1800's. Kory interned with the Naval History and Heritage Command (NHHC). 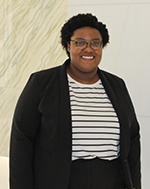 Chrislyn Laurore is a recent graduate of Mount Holyoke College in Massachusetts, with a double major in Anthropology and African Studies, concentrating in Visual Culture. She is fluent in French, as well as Haitian French Creole, and was a participant in the study abroad program at the University of Cape Town, South Africa during her junior year. She is presently writing an honors thesis that examines the tension between the material culture of colonialism--preserved for present generations through architecture and public moments - and the post-apartheid ideological construction of Cape Town as a global city. She is a resident of West Palm Beach, FL. Chrislyn interned with the Smithsonian Institution's National Museum of African Art. 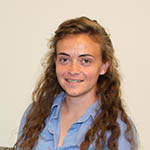 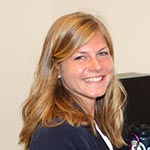 Katelyn Schoenike graduated from The College of Wooster. She majored in Archaeology with a minor in Art History. Katelyn has held an internship in Kenya where she lived in a Maragoli village performing anthropological research on women's perception of tradition and modernization. She has participated in Betty's Hope Field School on the island of Antigua, where she assisted in the excavation of the slave quarters on Betty's Hope sugar plantation. In addition, this past year she studied abroad in Tunisia researching sub-Saharan migration to North Africa. Katelyn will intern with the Smithsonian Institution's National Museum of African Art.

Joshua Anderson is a senior at Minnesota State University, Mankato. He majors in Anthropology with an emphasis on Archaeology. He has a technical degree in Honda and Yamaha motorcycle mechanics from Universal Technical Institute in Phoenix, AZ. Joshua has served in the United States Army Reserves for 12 years, serving two deployments. Currently, he is an instructor teaching Carpentry/Masonry courses, as well as, actively working as a field supervisor for a country-wide archaeological survey at Minnesota State University, Mankato. As an AAA summer intern, Joshua will intern with the Naval History and Heritage Command (NHHC). NHHC is the official history program of the Department of the Navy. He will be working with the Underwater Archaeology Branch of the NHHC and will be conducting archaeological and historical research, synthesizing field information to prepare policy and case studies, as well as, conserving artifacts and assisting with the inventory, management, and artifact loan programs.

Katie Patschke is a junior at Susquehanna University. She will graduate December 2014 with a Bachelor of Arts in International Studies, Anthropology, and Studio Art. She is an active student leader who currently holds three president positions for clubs, as well as, being a member of the service fraternity Alpha Phi Omega. Katie will intern with the Smithsonian Institution National Museum of African Art and be placed in the museum's curatorial department where her tasks would include research on gender theory and object-based work related to a future exhibition on the contributions of and issues addressed by African contemporary women artists.

Jeff Emerson is a native of Iowa, and a senior at Luther College. He double majors in Anthropology and Chemistry. As an AAA Summer Intern, Jeff will be working with the Underwater Archaeology Branch of the Naval History and Heritage Command, the official history program of the Department of the Navy. Several opportunities have led Jeff to an interest in the fields of archaeometry, oceanographic archaeology, and artifact conservation. Work with the National Park Service at the Klondike Gold Ruck National Historical Park in Skagway, Alaska and an internship in summer 2012 with the Nautilus Exploration Program searching for ancient shipwrecks in the Black Sea have contributed most to these curiosities. While on the Nautilus expedition, Jeff assisted the lead scientist with geochemical research of the Black Sea's stratified water column and the underlying sediments. This investigation turned into the core research for his senior capstone project in chemistry to better understand the chemical process within the water column and sediments, and how they influence the deterioration or preservation of archaeological artifacts left in situ.

ne Regassa is a senior at Colby College. She double majors in Anthropology and Global Studies. As an AAA Summer Intern, Jalene will be working with the Smithsonian's National Museum of African Art. "As an Ethiopia-American, I am very much interested in exploring the ways in which African cultures interact with American cultures and people", says Jalene. She has a passion for learning, which has compelled her to become an active member of the Colby African Society. Over the past three years, she has played a significant role in revitalizing the club's activities of representing Africa at Colby College. Her Anthropology major has been valuable in learning about the various cultures that exist in Africa and in appreciating the plurality of experiences across the continent, which she believes allows for a balanced and holistic understanding of Africa and its people. In a recent interview, Jalene relays her excitement for the upcoming internship: "I am excited to begin my AAA internship at the Smithsonian National Museum for African Art this coming summer. I believe it is a great opportunity to further develop my knowledge while combining my growing interests in anthropology, African cultures, and art."

Rachel Nuzman is a senior at Saint Mary's College of California. She double majors in Anthropology and English, and minor in Women and Gender Studies. Rachel notes that through her studies, she has "developed an incredible passion for analyzing cultural influence and pressure on gender and language." The Association For Feminist Anthropology (AFA) is celebrating its 25th anniversary this year. Rachel will research an annotated history of the AFA, utilizing the AFA Archives housed at the Smithsonian and other sources, to mark this important anniversary. The finished product will be a useful guidebook for research and scholarship related to AFA's mission: pedagogy and scholarship in feminist anthropology.

Eric Rodriguez is a senior at the University of Pittsburgh, and majors in anthropology. As an AAA summer intern, Eric will intern with Naval History and Heritage Command (NHHC). NHHC is the official history program of the Department of the Navy. Eric will be working with the Underwater Archaeology Branch of the NHHC and will be conducting archaeological and historical research, synthesizing field information to prepare policy and case studies, as well as conserving artifacts and assisting with the inventory, management and artifact loan programs.

Susannah Reed Poland, is a senior at Stanford University, and is majoring in anthropology as well. Susannah will intern with the Smithsonian National Museum of African Art and be placed in the museum’s curatorial department where her tasks would include research on gender theory and object-based work related to a future exhibition on the contributions of, and issues addressed by, African contemporary woman artists.

Campbell-McIntosh interned with the Naval History and Heritage Command (NHHC). At the time, she was a junior at St. Mary’s College in California, majoring in anthropology. Her interest lie within military history and maritime archaeology. She is certified in the American Academy of Underwater Sciences and scuba.

na Bennington interned with ICRW. At the time, she was a senior at Wheaton College in Massachusetts, majoring in anthropology and minors in physics, economics and public policy. Her interest lies within learning how social pressures shape individual actions.