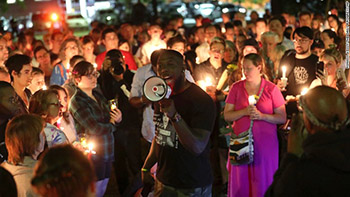 In the wake of recent events in Charlottesville, the American Anthropological Association (AAA) wishes to re-emphasize its decades-long involvement in combating racism and reiterate a message we have shared many times.

Racial hatred need not exist. Through more than a century of anthropological research on race and culture, we now understand that human behavior is learned, conditioned into infants beginning at birth, and subject to modification. Human variation exists on a spectrum that can’t be easily divided into races; we are more alike than we are different. "Race" is not a scientific, biological fact, but as expert Yolanda Moses says, "this doesn't mean race isn't real. Politically and culturally, race is a very real fact." (Learn more about this in our official statement on race.)

The AAA has compiled the following resources on race to help our members and the public to continue moving forward with important conversations on race and convert those conversations to action. The cycle of violence must end.

Additional resources you may find helpful include “Teaching Resources for Difficult Times” from John Jay College of Criminal Justice and the Charlottesville Syllabus, a resource created by the Graduate Student Coalition for Liberation to be used to educate readers about the long history of white supremacy in Charlottesville. Members are welcomed to share additional resources with our community using the comment space on our AnthroForward blog post.