In This Section
What is Anthropology Day?

Anthropology Day is a day for anthropologists to celebrate our discipline while sharing it with the world around us. Help us celebrate what anthropology is and what it can achieve by hosting an event in your community, on your campus, or in your workplace.

Anthropology Day is always held on the third Thursday in February. Why that particular day? We wanted to choose a day when classes would be in session, both on university campuses and in secondary schools so that students would be prepared to participate. We also wanted to avoid religious holidays and national holidays as best we could. We attempted to avoid a few other events that would be seen as competing. International Archaeology Day has already been claimed on October 18. Here in the US, the National Humanities Alliance and the Consortium of Social Science Associations (AAA is a member of both) each hold an advocacy event in late March and the Museum Alliance holds their advocacy day in April. Canadian university terms end in April, and we felt that September was too early in the academic year for student clubs to be organized. November is when our Annual Meeting takes place, which places a large demand on AAA staff time. Finally, December is encroaching on the winter holidays and many students are busy preparing for final exams or are on academic breaks well into January. 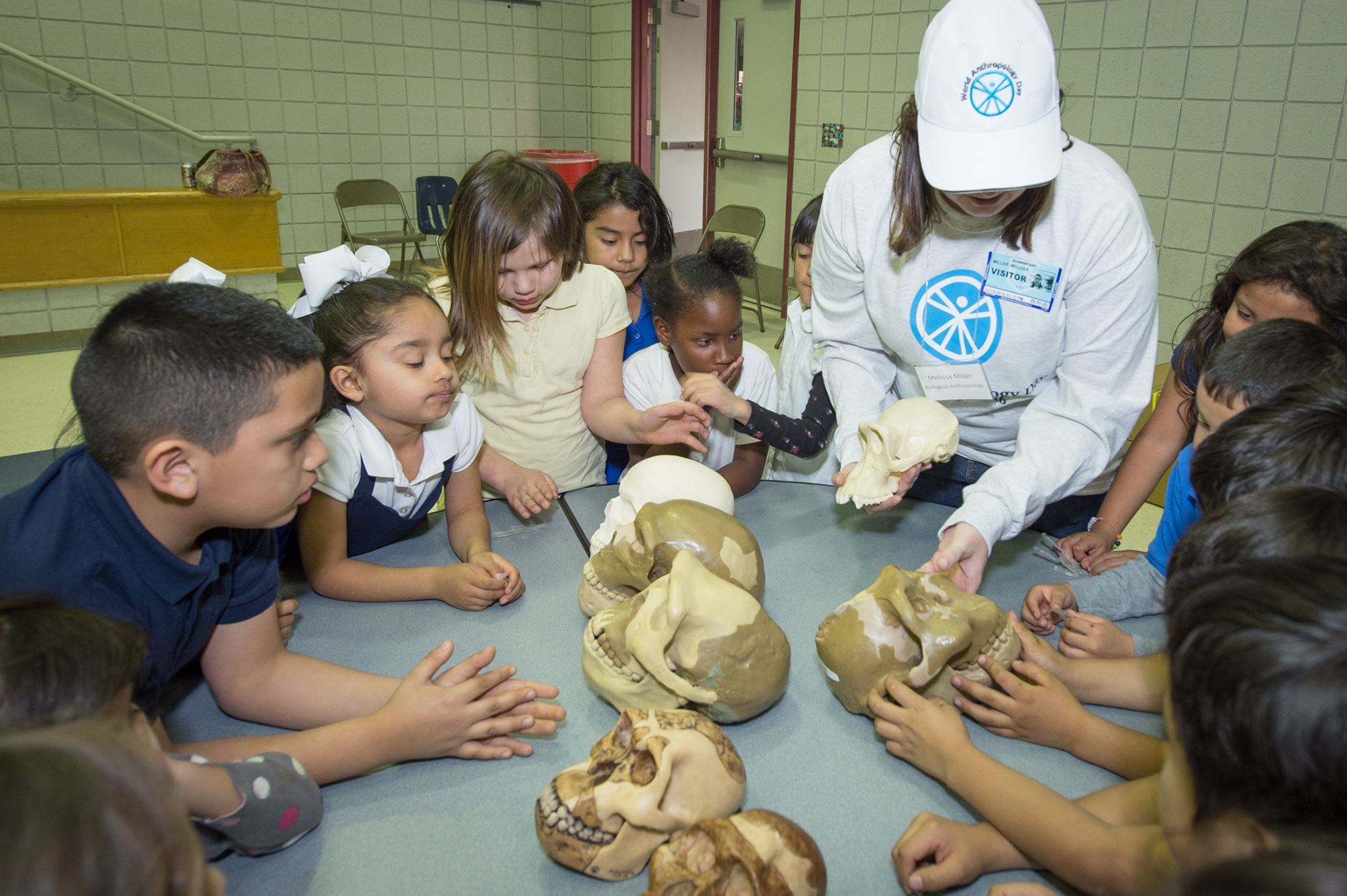 The primary goal of Anthropology Day is to share the wonders of anthropology with the world around us. For that reason, we strongly encourage individuals and groups to plan events that engage the community outside of their own department or club. The Anthropology Day resources page includes some great information to help organize those kinds of events. We have programming tips for campus groups, museums, workplaces, and K-12 teachers as well as a newly updated K-12 and Community Outreach Toolkit to help participants plan events that share anthropology with a wider audience.