A Tribute to Dr. Leith Mullings 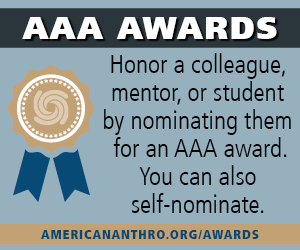 In This Section
Home | Stay Informed

The AAA is deeply saddened to announce the passing of Dr. Leith Mullings. A former president of the AAA and a founding leader of ABA, she was a powerful inspiration to so many and will be sincerely missed by us all.

As Past-Presidents of the American Anthropological Association we mourn the loss of our colleague and friend Leith Mullings.  We especially want to acknowledge all that she did for the AAA. Leith was President from 2011 to 2013. Before that she served on the AAA Executive Board between 2002 and 2004 and as President-Elect from 2009 to 2011. She was a gracious, graceful, and forceful AAA leader. She conducted meetings by giving everyone a chance to speak their piece, after which she would summarize the key points and submit a “spot-on” decision. She consistently created spaces of inclusiveness and recognition for those who came before and those who were to come. She was very explicit about the importance of collegiality, something she put into action on a daily basis.  Collegiality, collaboration, and consultation that involved real and profound listening in the service of building common goals are attributes that characterized her leadership.  She never lost sight of her commitment to social justice, and ensured that those common goals had social justice at heart.

Her research, writing and activism around issues of race, gender, and class have made a significant impact on the discipline, the students she taught, and the broader public. In the collaborative project she, Alaka Wali, and others conducted in Harlem in the 1990s, they focused on the health and lifetime risks for African American women that result from the impact of racism, their class status and their gender.  In addition to these stresses, they also emphasized that Black Women have forged strategies of coping and resilience, calling this resistance to interlocking oppressions the Sojourner Syndrome.

Her Presidential Address was a crowning achievement during those years she was AAA President.  It was an alternative intellectual genealogy of American anthropology examining the impact of social movements and the work of Black anthropologists particularly in generating anthropological theories that are counterhegemonic and position anthropology to make decisive contributions to education, advocacy and empowering marginalized groups. She emphasized the importance of the social movements of the 1960s and 1970s, including the civil rights and anti-war movements and feminism.  These included the work of Black and feminist anthropologists, which transformed American anthropology. Finally, she set forth the current challenges of the backlash against civil rights and the corporatization of the university.  For her, the future of the discipline lay in collaborative and engaged scholarship, something her own life’s work exemplified.

We miss Leith’s warm personality, her keen intellect, and her ardent belief in social justice. She brought all these qualities to her service at the American Anthropological Association and to her teaching, her mentorship, and her relationship with colleagues.  We will strive to honor her legacy.

With thanks to Louise, Monica and Alisse for preparing the statement.

Leith made an impact in the world of Anthropology and Public Health through her scholarship which centered Black women's experiences in the US, Africa, and the Diaspora (broadly). She trained many scholars through her tenure at CUNY Graduate Center and any and all who worked on Black Studies, Black women's health, and Black freedom struggles. She and Manning Marable, her partner and noted historian and Black studies scholar, who passed away a few years ago, did much to ensure scholars working on issues pertinent to Black folks were trained in theory and methods with an eye toward action. I will personally miss her and her quiet leadership and mentorship.

In addition to being a founding leader in ABA, she also served as the President of the American Anthropological Association (2011-2013). We were fortunate to be able to honor her with the ABA legacy award at the 2016 ABA/AAA meetings.

The ABA will organize a celebration in her honor as soon as we are able to safely be in person. We are awaiting news from her family with details for her services and ways we can honor her in the interim. The Department of Anthropology at the CUNY Graduate Center is also receiving notes and remembrances on behalf of her family and colleagues. Our hearts go out to her family, friends, and students.

To learn more about her work, see her websites:

She will truly be missed, but in her memory, we are charged with carrying on in scholar-activism and service.

It has been difficult for me to compose myself in the wake of Leith’s death. I am in shock and feeling devastated. I sent Leith an email on Sunday at 1pm. I did not know she had been sick and did not know she had died Sunday morning. I closed my note with “I look forward to hearing your voice.” Now I won’t ever again hear the quiet sureness of her voice except as I summon it in my head, which I’m doing right now. Like so many who have written tributes to her over these past 24-36 hours, Leith was my teacher and mentor over decades—first at Columbia and later at the Graduate Center to where I had transferred and where she had landed the faculty position that later would be designated Distinguished Professor. Leith was understated and fully understanding, empathic. I remember. She winked as I entered the room after the deliberations on my oral exam, her gesture of assurance to a thoroughly intimidated and terrified graduate student. I learned, citing her work in mine. I observed. She was a gracious and graceful AAA leader, and I wanted to be like her when it was my turn. There, she conducted meetings by giving everyone a chance to speak their piece as long as it was limited to the designated time, after which she would immediately summarize the key point and submit a spot-on decision. She was inclusive and decisive. I guessed she knew what it feels like to be left out and so she consistently created spaces of inclusiveness and recognition for those who came before and those who were to come. For those anthropologists and activists too often unacknowledged for their actual importance and influence, Leith put them front and center, as she did in her 2013 presidential address. For those women leaders who came and will come behind her, Leith will forever be a model of effective leadership. I miss you, Dr. Leith Mullings. You will forever be in the hearts of those who knew and loved you. You will forever be in the minds of those who have learned from you and who pass on your intellectual and political legacy.

As we all collectively mourn the passing of Leith P. Mullings (1945-2020), a giant in our field, her own words upon the passing of her friend and colleague Delmos Jones gives me solace.

Most of all I remember Del telling me, "I believe that you must live in the way you would want the world to be after the revolution." To me, this expressed what he hoped for– what he strived for – living his life in a way that spoke to the liberation of all people. He believed in a revolution of the spirit, in living life with boldness and joy. Del had a courage of imagination and of spirit that I will never forget.

Leith had courage and a spirit that I will never forget.

Leith Mullings provided a way to solve a vexing conundrum—if race is socially constructed, why do racial lines demarcate health disparities? By combining ethnography, empirical public health research, and a shrewd understanding of how an environment of racism and a racist environment impact people's lives and bodies, she was able to make the argument that environmental factors that are the result of years of racism and discrimination can lead to disparate health outcomes. Based on her long-term longitudinal study in Harlem, she and her team of research collaborators were able to prove that "while race may not be biological, racism has biological consequence." This one simple statement has gone a long way to help explain the material impact of racism.

Although other scholars have demonstrated how race, class, and gender oppression have interlocked, not one scholar has done it with such conceptual clarity and theoretical sophistication, while privileging the voices of her informants and collaborators ethically and respectfully. She employed an intersectional approach to examine how race, class, and gender operated in people's lives and showed how they interact to produce health effects. It is just great ethnography. In important ways, she has demonstrated ethnography's value as a methodological and theoretical apparatus that can serve as a compelling vehicle to understand racialized people better.

She extended her analysis beyond describing the toll racism has had on poor black and brown bodies; she always coupled her analysis of these dire straits with a sensitive and provocative set of analytics that demonstrated how people are resourceful, righteous, and resilient. Her intersectional analysis was also interactive, and she carefully described what she rightly identifies as the dialectic of oppression, resilience, and resistance.

She turned the culture of poverty thesis on its head. She demonstrated that without the rich networks, spiritual succor of community, and the creative strategies of survival, African American women would be worse off. The networks of kinship, spiritual ties, and wonderfully complex and innovative means of adaptation, all of which are rooted in African American culture, provided a bulwark against even more misery and poverty.

She has also made a singular contribution by outlining, framing, and explaining the Sojourner Syndrome. It is an essential analytical and theoretical rubric. What makes it so compelling and such a powerful heuristic is its ability to name and connect issues that frequently go unnamed, rarely labeled, and never associated. It is a spectacular concept that considers the distinctive way that race, class, and gender impact black women throughout the class spectrum. Although it recognizes that agency and resilience interact with racism and sexism, it also incorporates how, at the same time, these modalities can serve as an axis of liberation and celebration.

Not too many anthropologists get to coin a term that will show up in textbooks or get memorized by countless first-year students as they take Anthropology 101, but Leith Mullings has done so by framing the Sojourner Syndrome. It will stand the test of time, and it has already become an essential concept throughout anthropology, women's studies, and public health.

Beyond her many articles, books, and grants, Leith Mullings stands as a pillar of what is still good and virtuous about the academy- -uncompromising integrity, steadfast support of family, students, and colleagues; and an unparallel commitment to improving the health and well being of others.

A unique moral compass guided Leith Mullings as she charted a course that combines cutting edge and politically astute scholarship with uncompromising ethics. When academic spoils often go to the selfish, Leith Mullings chose the steep and rutted path trod by such stalwarts as Sojourner Truth, Ida B. Wells, Daisy Bates, Betty Shabazz, and Angela Davis. And despite taking her roles as mother, teacher, mentor, collaborator, and friend as seriously as she took her critical scholarship, she rose to the academy's pinnacle as a distinguished professor and President of the AAA. I think most people will remember her for her unflinching support and tactical advice and the blocking and tackling she did for so many of us so we could succeed.

I am so sad, but I also know that we all need to continue the struggle and her vision. Peace be to her memory and let her rest in power and with Manning.