AAA Saddened by the Loss of Ernestine Friedl

AAA Saddened by the Loss of Ernestine Friedl 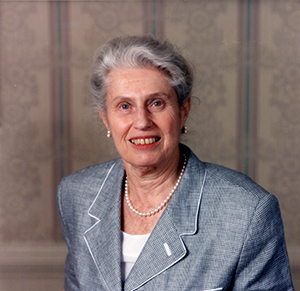 The AAA is saddened by the loss of Ernestine Friedl, who served as the organization's president from 1974 – 75. Born August 13, 1920, Ernestine served as the president of the American Ethnological Society (1967) and was the first female Dean of Arts and Sciences and Trinity College at Duke University. She also was a James B. Duke Professor Emerita. A building on Duke's campus, housing the departments of African and African American Studies, Cultural Anthropology, the Latino/Latina Studies program, and Literature was named in her honor in 2008. Her major interests included gender roles, rural life in modern Greece, and the St. Croix Chippewa Indians of Wisconsin.