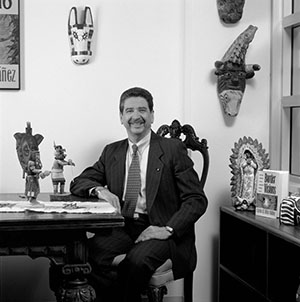 The Academia Mexicana de Ciencias (AMC) is part of a network of international learned societies including, among others, the American National Academy of Sciences. The Corresponding Member title recognizes the career and work of foreign researchers who, in addition to having excelled in their field of work, have contributed significantly to the development of Mexican science. Currently, more than 100 researchers from prestigious institutes and universities outside the country are Corresponding Members of the AMC, including ten Nobel laureates. Dr. Velez-Ibanez is the first American anthropologist to be given this honor. Dr. Vélez-Ibáñez is recognized by the AMC for his work in the investigation of migration, political ecology and human adaptation processes.

Dr. Velez-Ibanez will give an address at a formal admission ceremony in the spring.